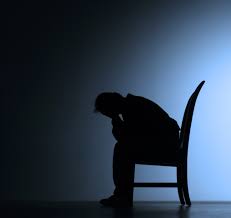 It’s been a while since I posted anything. And even longer since I posted about how I feel. In fact, the last time I really posted was September. And I’ve realized that maybe people think I am feeling any better, because I don’t bring it up all the time. But…I’m not.

In fact, as we have kept on with COVID and the constant restrictions that we keep living under (just had another month added on today), I’m feeling even more alone. In the [past, I could at least go out and see family, if nothing else. Now, we can’t. We are restricted to our own households.

I’m not…alone…at home. But sometimes you just wish you could see other people. And even though I go to work sometimes still, or have video calls with work, its not quite the same. Sometimes I just wish I cold go and just sit in a movie theatre. Sit in a coffee shop without having to be socially distanced from the table right beside you.

Of course, I have no idea if I would do this. But it was nice to have the option to do so.

As always, my mind keeps going back to wanting to have someone special in my life.  No matter how many people keep saying to just let it go and just let whatever happens, happen. I just can’t get that feeling out of my head. That I’m alone in life. And as time goes on, and as I get older, it just seems like its more likely to be the way that things always will be. And no, I don’t like it.

I’ve eve tried some of the dating apps out there. And guess what? So far, all I have got from them is disappointment. I’ve had some friends suggest ones that they thought were good and even help write  a profile (because I do not know how to write about myself that well), but I either get nobody showing interest in me or they send a single message and than disappear/delete themselves. I get that not everybody is going to work out, but it would be nice if people gave you a chance. Who knows? Maybe I am expecting too much with just wanting to get to know someone. It’s hard to tell.

All this to say, I’m still feeling poorly. I have said in the past that I wish people would be willing to help me try and move forward. But its been difficult to get anyone to listen – including my doctor. I finally got a first meeting to talk with someone about this, but it took pressing for it since October. I just worked at a wedding where the couples family helped them meet. And all I am asking for is some help. I don’t know what I am doing, and no matter how much people try to say they have been through the same stuff, its different for everyone. Is hoping for some assistance too much to ask for?